My recent videos up until now show a pyramid on my bike with smaller 4 oz cup orgonite corners consisting of metal powder and resin.  What I have recently found however is that the larger 16 oz sour cream cup corners with the metal curls are even better.

They can be made with cheap metal curls instead of the more expensive metal powder.  Curls can be obtained from the local scrap yard that sells metal scrap.

The pyramid doesn't have to look that good to work very well.  I had this pyramid on top of my RV and when I tossed all my pyramids off the RV this one broke in 2 places, but it still works fantastically wonderfully well.  I walk this pyramid bike around and it just clears the chemtrails super.

Soon I will make a nicer pyramid. 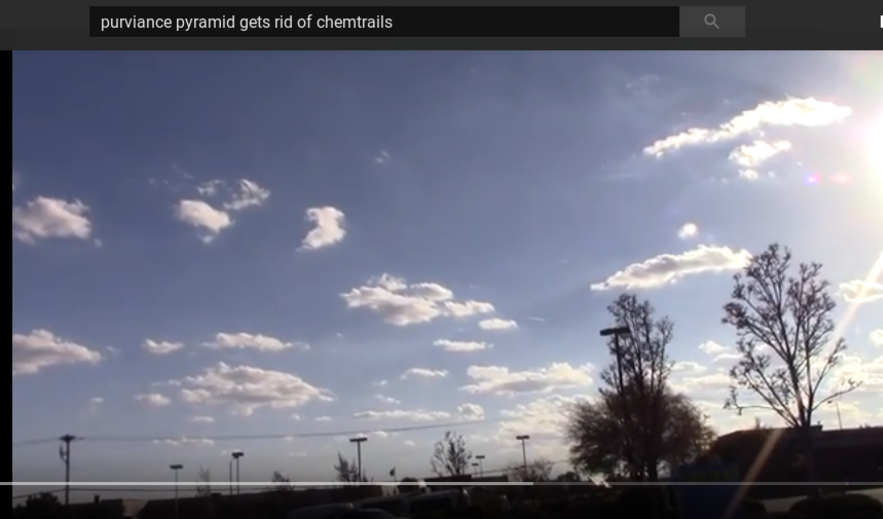 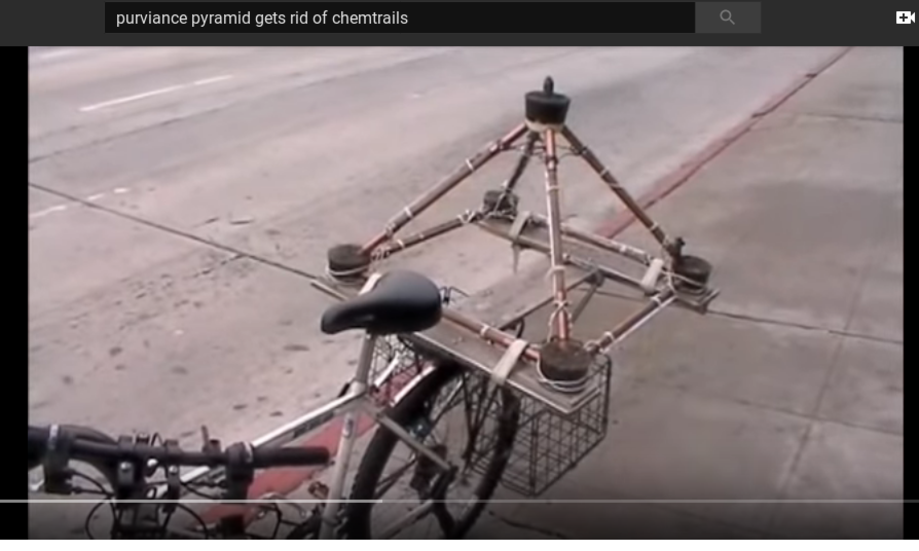 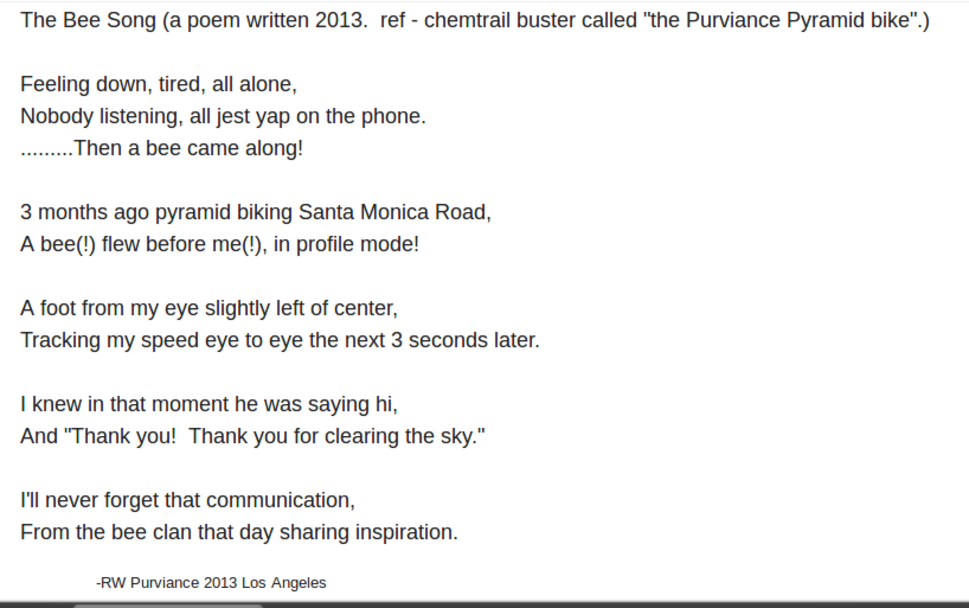 Feeling down, tired, angry all alone,

Nobody listening; all jest yap on the phone....

A foot from my eye, slightly left of center,

Tracking my speed, eye to eye, the next three seconds later!

I knew in that moment, he was saying "Hi."

And "Thank you.  Thank you, for clearing the sky."

From the bee clan that day, sharing inspiration.

In 2013 and all the way back to 2010 I was riding my pyramid bike 18 miles a day, and it was getting rid of chemtrails, clearing the air of pollution.

Eventually I found out I didn't have to do so much work as riding so many miles to clear the skies of pollution.  In fact it works better if I walk the pyramid bike.  Just yesterday, Feb 28th 2019 I walked the pyramid bike for an hour and a quarter and that's all it took to get rid of the chemtrails manifesting at the time.  And today we have nice real clouds in the sky.   (Another hour and a quarter today would be really good too.)

But back in 2013 I was thinking I neeedd to ride 20 or 30 miles on my pyramid bike every single day to do the job.  I was really frustrated and tired everyday.  I would tell people how it was doing, and it was working, and the response I would get, they would smile and laugh at me.  They weren't laughing directly at me, but I could tell by their attitudes they didn't believe me.  I could show them the sky itself and they still wouldn't believe me.  I could show them pictures from back to 2010 and they still wouldn't believe me.  So I found myself alone; angry and tired.  Then a bee came along and I wrote a poem about it.  It was shocking how well the poem came together; my spirit wrote it.

Walking a Purvine Pyramid bicycle is the easiest, most effective way I know to help the environment! 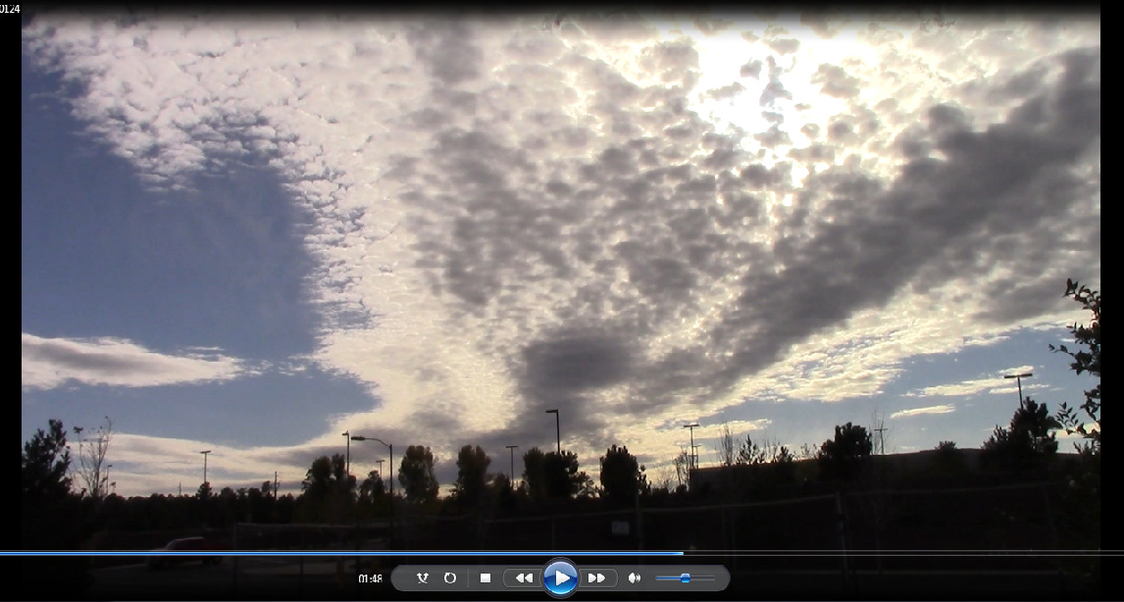 Save The Honey Bees

(getting rid of colony collapse disorder) 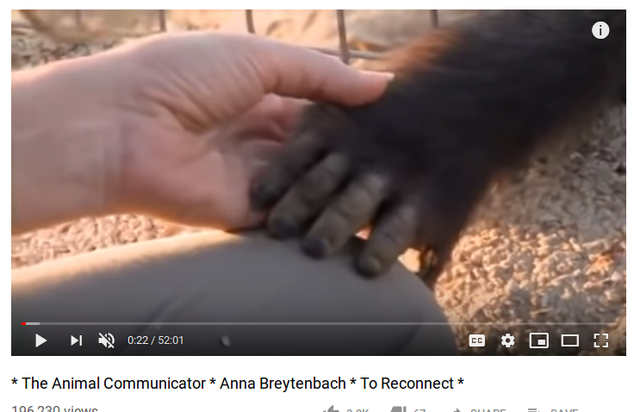 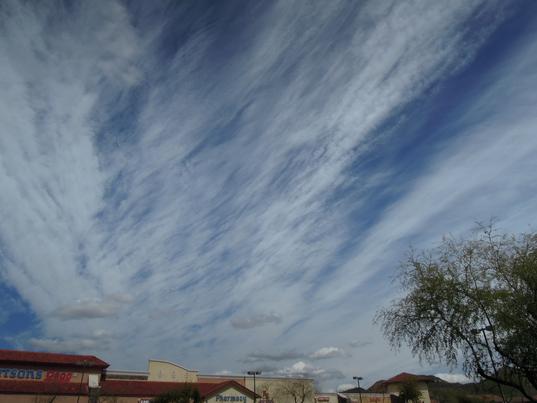 2 Jets at the beginning of this video.  See the one slightly above and slightly left of center?  That's a chemtrail being dissolved by the Purviance Pyramid.  The picture below here shows the other jet, below center and slightly right........  Use physics; to be a contrail, a condensation trail, those jet have to be 30,000 feet high.  At that angle those jets have to be going 5,500 miles per hour........... We don't have jets that go 5,500 miles per hour!

In other words, those ARE NOT CONTRAILS, but rather chemtrails which are being dissolved by the Purviance Pyramid!................ Try it yourself and you will be pleasantly surprised.

5:16  "Likewise your light should shine before the people, so that they see

your good works and recognize the truth of your knowledge. 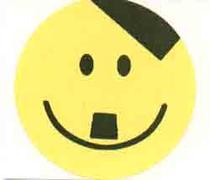 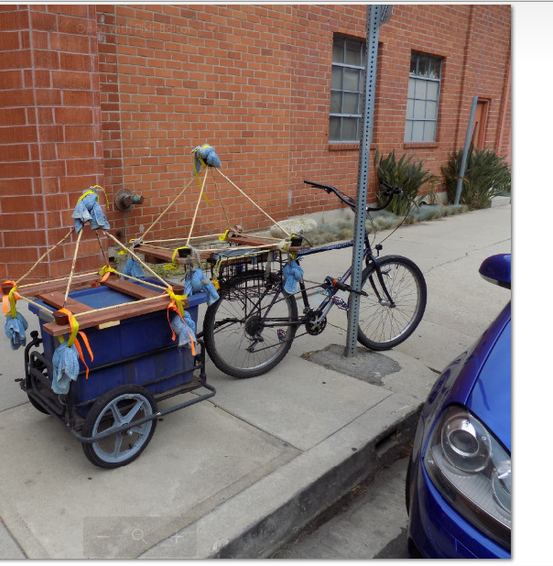 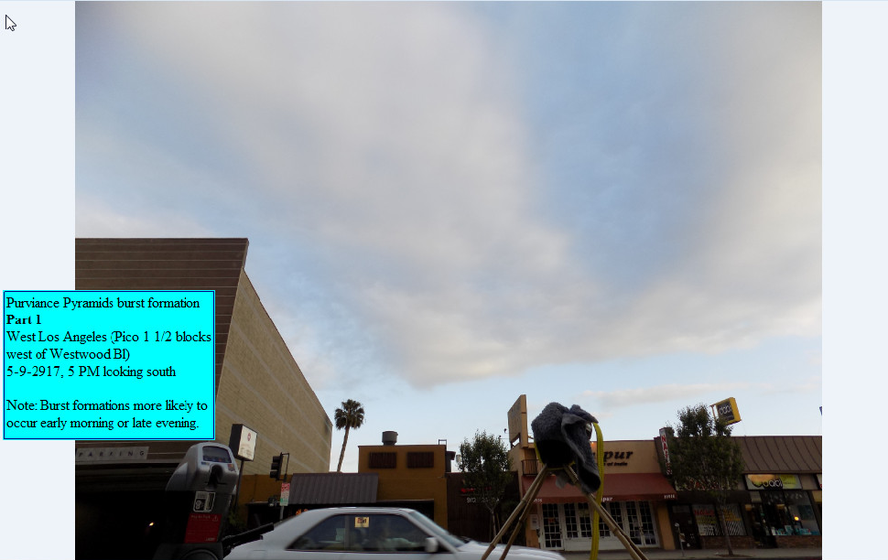 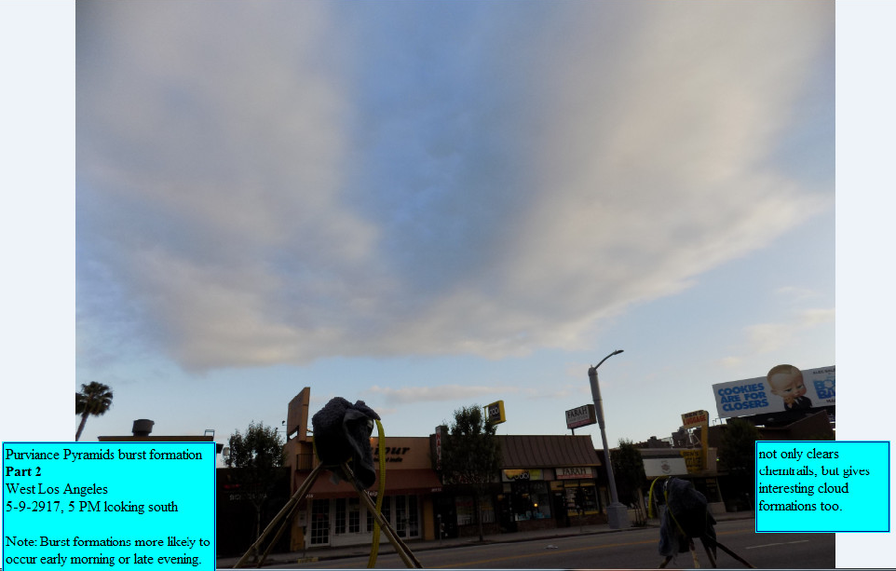 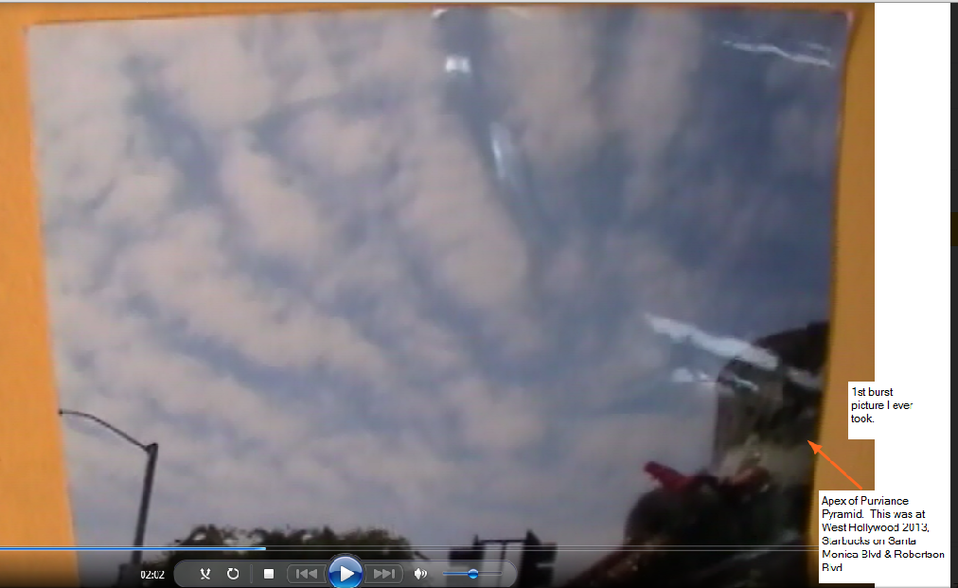 When you are pyramid bike walking, if you have clouds, don't worry if it looks like chemtrails up there.  If there are any clouds you are doing a great job!

When I see clouds in the picture I actually feel pretty good.  Maybe the others are just different clouds, sirus clouds are they called?

Always with the Purviance pyramid I get these burst formations when walking around every day.  However I think its in conjunction with HAARP for sure.  Or whatever technology they've got going on. 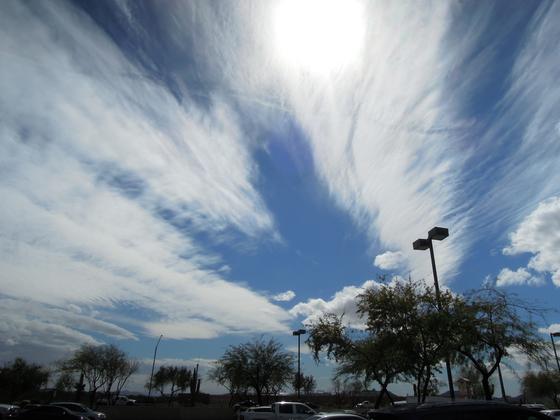 I gave it a try.  I gave it a really good try for a long time.  That's it.  Finished done.  Search:  What do Sikh's believe? 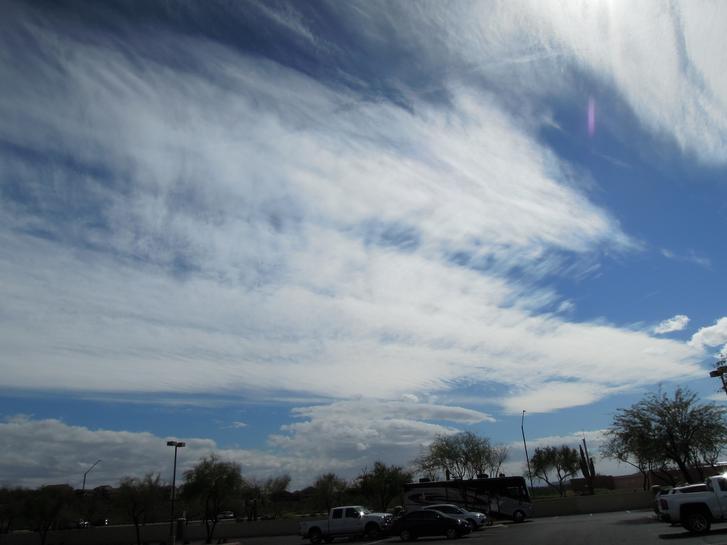 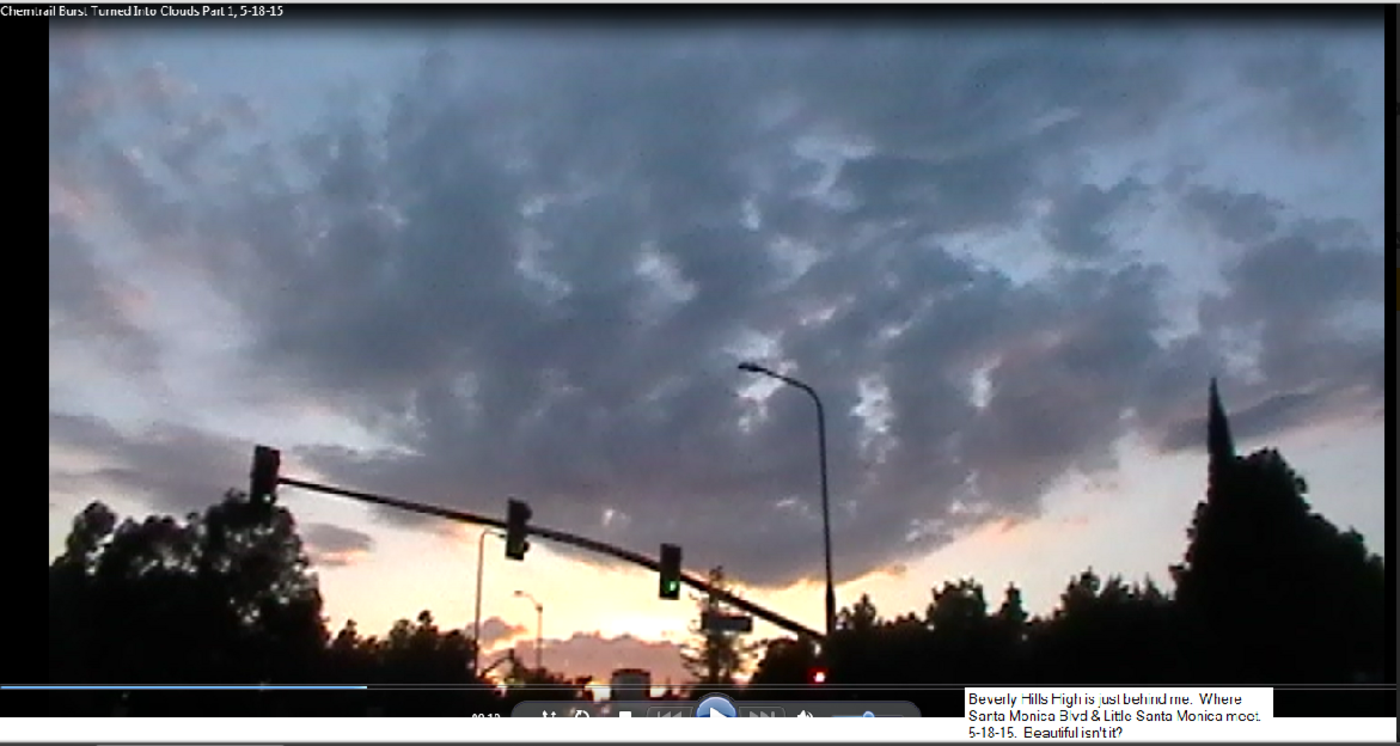 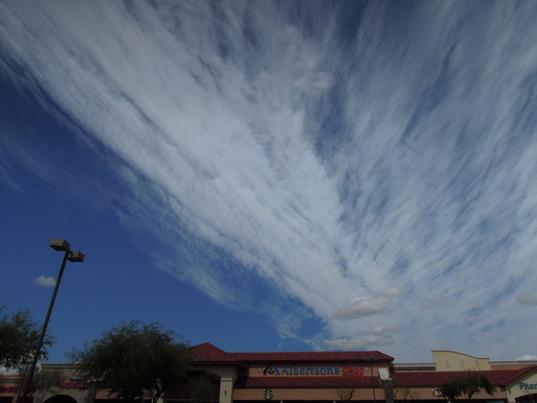 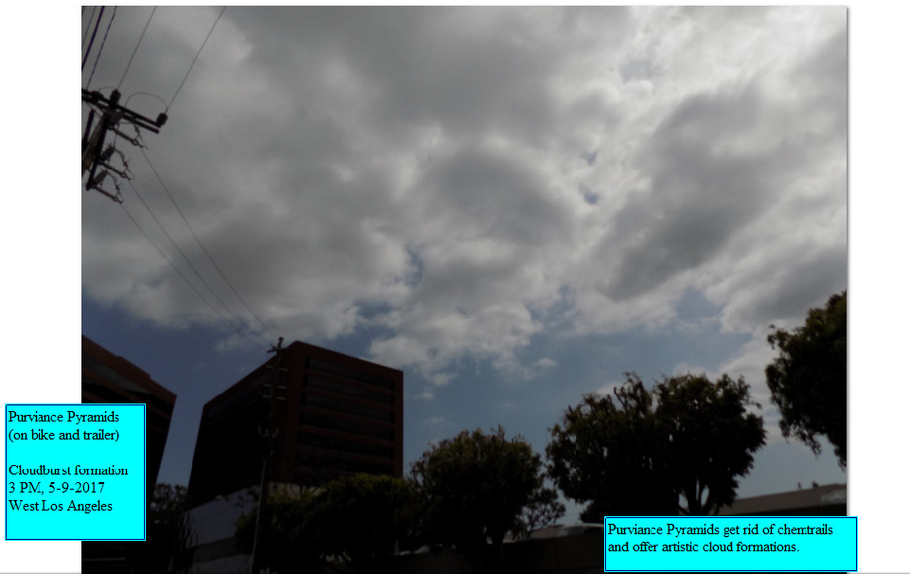 Can you guess what my upper dimensionals like the most?

Like puppy dogs excited to go for a walk, my upper dimensionals get so excited when I take my pyramid bike around.  They love it so much.

And now while writing this they give me so much energy.  They want me to share that Creatures email with you too, with all those stories about the birds, butterflies, bees, dragonflies; lots of bee stories.  And this orgonite corners story. 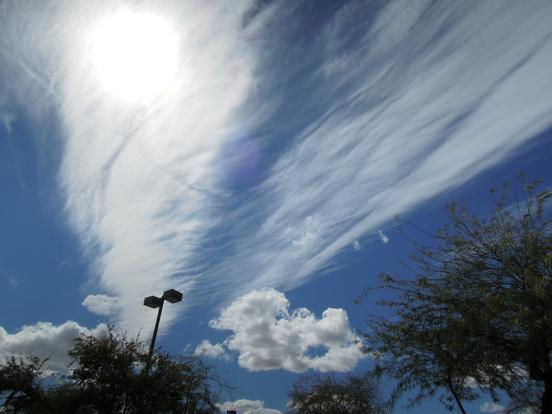 Generally walking every day an hour and a half, expect 5 of 7 days to be chemtrail free!  It really works.  Find out yourself.

Quite an interesting series of events with this bike:

3:18  "The time will be when your false teachings will be laughed at and

the humanrace finds the truth.

3:19  "So it will happen when the human race builds singing lights and fire

wagons, with which they can move into outer space, as is done by God

and his followers, the celestial sons.

3:20  "namely those who taught us the wisdom and knowledge of Creation,

3:21  "and who urge us to obey the law of nature and live according to it.

Cloud burst in the background.  Sunday March 3rd, after 2 days of walking the pyramid bike for about an hour and a quarter each day. 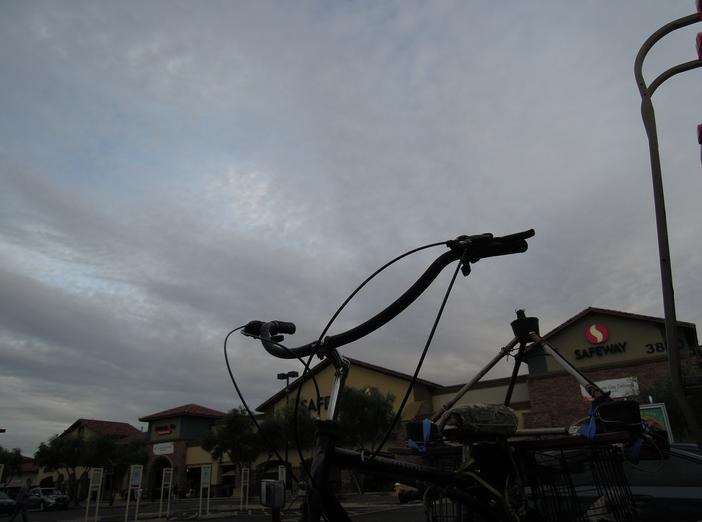 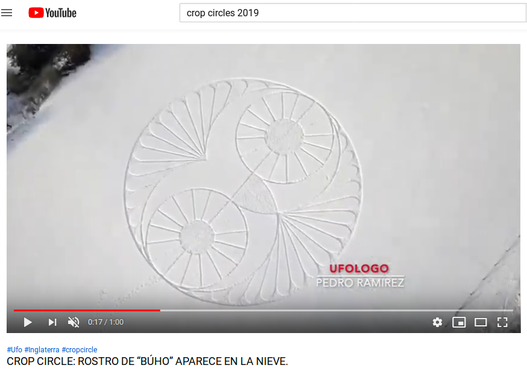 Message from my Upper Dimensionals 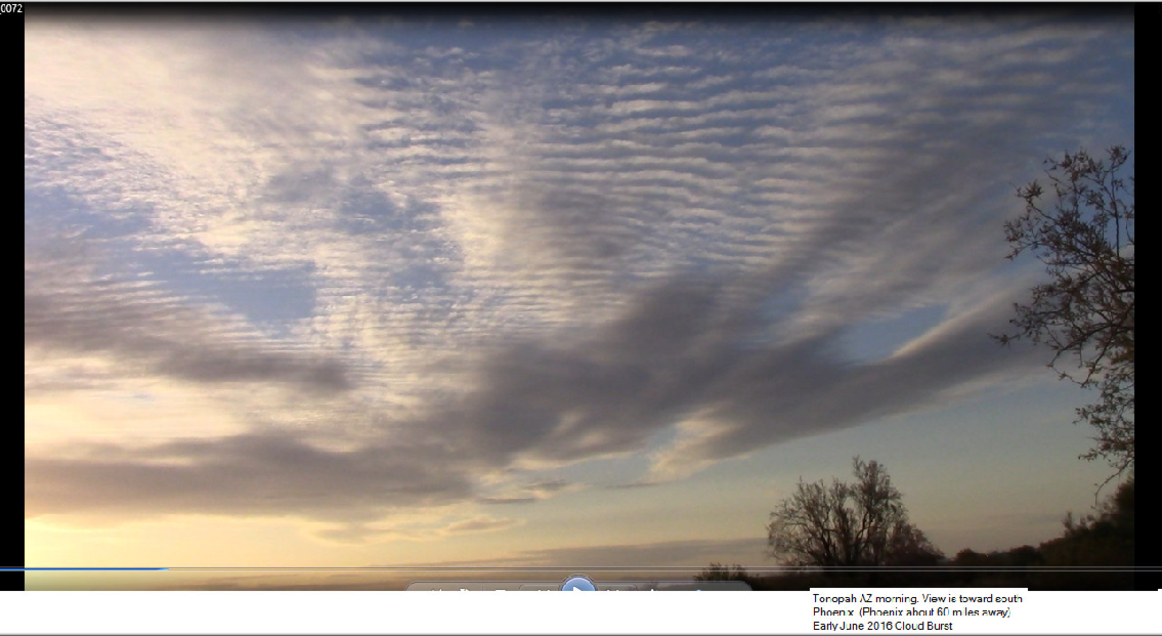 I was with the Sikhs for 20 years and we all wore white, often really white white. 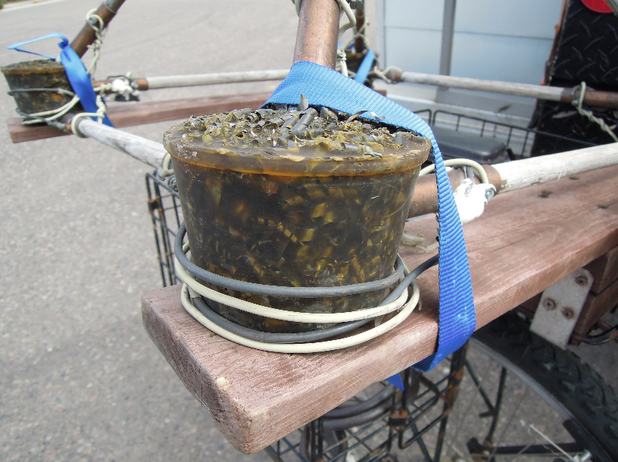 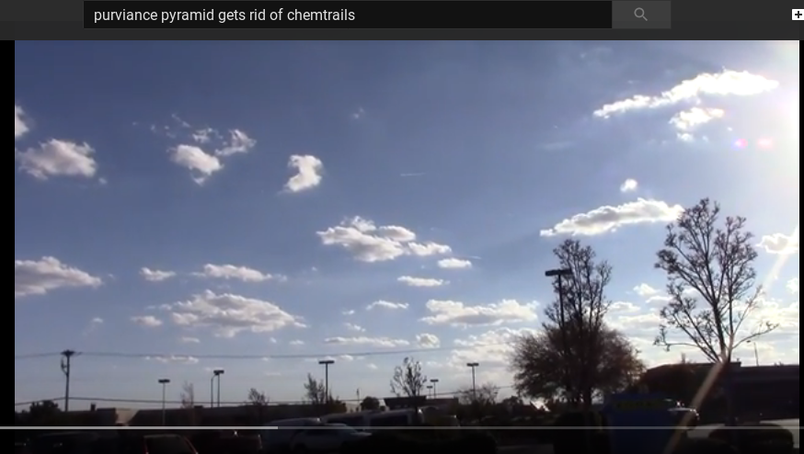