sciousness than to have two eyes and be spiritually blind.

sick and lacking in consciousness.

you, I too, had to seek and understand.

19:15  "Since I am human like you and have gathered my knowledge, you

are also capable of learning, searching, understanding and knowing;

in so doing you understand and follow the laws of Creation. 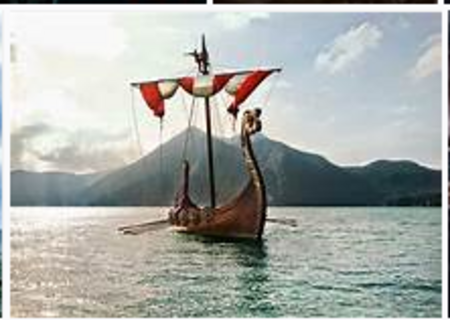 32:14  "First, people shall watch their own progress in consciousness and

spirit so as to produce creative harmony within themselves.

Here is the evidence that has been hidden 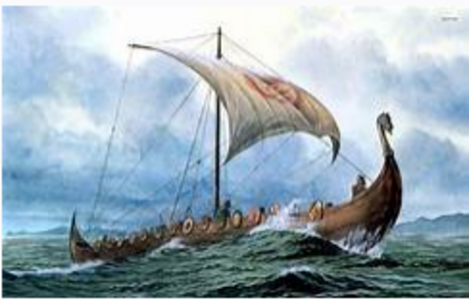 "Truth is stranger than fiction."

The third group(s) went north.  That is Europe, Russia, Ukraine, Georgia and all the countries there.

The vikings are descendants of Adam.  Adam was 13,000 years ago.  The vikings came after that.  (North American Indians of Canada and Alaska were not white.)

4:19  The third celestial portal revealed a land of gigantic dimensions,

mountainous and interspersed with rivers, lakes and seas, where again

Here is the evidence that was hidden.

31:49  Long after Jmmanuel had disappeared, it happened that the disciples were fishing on the Sea of Tiberias,

31:50  and they caught nothing the whole night, so by daybreak they were exasperated.

31:51  When they came to the shore, there stood a stranger who asked, "Haven't you anything to eat?  I am hungry."

31:53  Then the stranger said, "Throw the net out to the right side of the boat, and you will bring in a large haul."

They re-wrote history and blame woman!  It will not be going well for them when their lies are brought to light!

They say, Adam and Eve were born in paradise and it is Eve's fault that humans fell from Eden.

The fact is this:  Adam was born in the desert, and Adam took for himself an earth wife and together they turned the land from desert into the land of plenty!:  Giant evergreen trees, mountains, valleys and meadows full of life.   Beautiful, crystal clear waterways; rivers, streams, lakes, waterfalls.  Beauty and life everywhere.*  That is what Adam and his wife did. 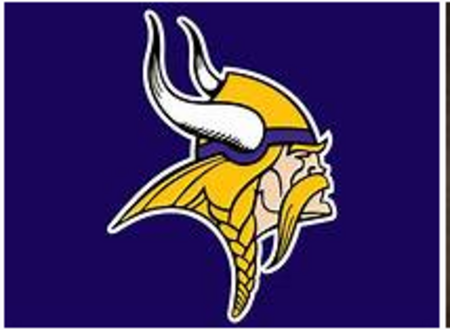 19:18  "It is better to let an unreasonable person walk on the path of misery

than to bring confusion to one's own spirit.

able person can be taught reason; therefore, beware of them.

10:20  "Flee from those places, for people there will try to take your life,

because they do not want to forsake their false teachings.

10:21  "Flee from the unbelieving, because you should not lose your life for

the sake of truth and knowledge.  No law demands that of you, nor is

there one that admits to such recklessness.

The Healing of the Possessed

8:29  He came to the other side, to the country of the Gadarenes.  There, two

possessed persons ran up to him; they came out of the burial caves

and were very dangerous, so that no one could walk on this street.

of Gabriel, the celestial son?

8:31  Then the evil spirits in the possessed asked him, "Master, please drive

us out, so that we may go into the herd of swine grazing over there."

8:32b  "Then they went out into the swine, and behold, the whole herd rushed

down to the water and drowned.

8:33  The swineherds fled, going into the town and telling everything,

including what had happened to the possessed.

8:34a  And behold, the whole town came out towards Jmmanuel.

8:34b  And when they saw him, they asked him to leave their area.

4:13  Here, he saw the celestial gates open, of which there were three dif-

4:14  The celestial gates radiated in brightest Sohar an area great as the life-

less sea near the river Jordan.

4:15  Actually radiating therein was the whole land of Israel, alive and true,

humans and animals and everything that was there.

4:16  In this first celestial gate, there was no concealed secret, because the

Recently discovered was a well-preserved 3,000 year old young man in the British Isles.  Some details were given about him, but I didn't see mention of this:  He was blonde........... Or was it brown hair?  Truth is part of my fulfillment.  Truth is what I want.  Truth is above me. 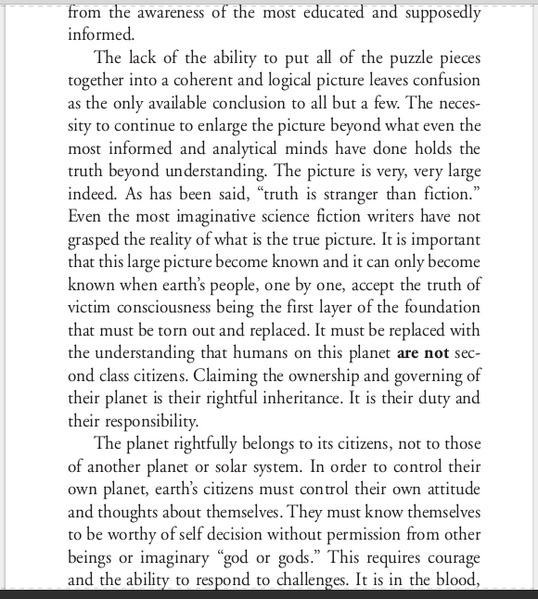 The first of the three races is the race of Adam

False teachings lead to abuse of the planet and her inhabitants, threatening all life.

Spirit light is incomprehensible to the human mind.

NDE'ers often report that they can't report on it.  Words can't describe the experience they had in the spiritual realm.  They see this light and it is all love, beyond what they can describe, love beyond description and light beyond description.  Most beautiful light, beautiful loving light, unconditional love.  And there is no time, its timeless, its eternity. (even when they're only gone for a minute or two.)  They say, that's the reality, and this is the dream we are living here on earth.  The reality is over there, not here.*

6:16b  "'For yours is the kingdom within me and the power and the knowl-

*Only because false teachings due to greed and ignorance of the people: greedy ones in charge, the ignorant believing what they tell them, preventing knowledge of the spirit until truth, knowledge and wisdom prevail, and people live in their natural state.

19:8  "It would be better to expel those who do not understand from the

social life of the true seekers and of those who search for true life, so

that they don't hinder those willing to seek the truth.

19:9  "But certainly the unreasonable ones will be willing to pay attention

to the laws of Creation in their lives after expulsion.

19:10  "Woe to the world because of annoyances, because trouble must

come through trouble makers; but woe to those by whom annoyances

Truth is more powerful than fiction, for sure.

Fiction is of ego.

Truth is of spirit.

Does it resonate true?  It's only true if you get the resonance, "Yes, this is true!"

Right?  Is that right?  Hmm.  Maybe it takes a little percolating time to get that resonance.......... Sometimes you get, "Yes!  This is true!" immediately.  But then it kind of percolates away with time.  But if there is some truth there, it becomes, "Oh, yeah, that's right.  I remember."

Spirit is of immeasurably higher standing than ego.

Spirit is part of Creation, the immeasurable secret.  Creation contains all of it. 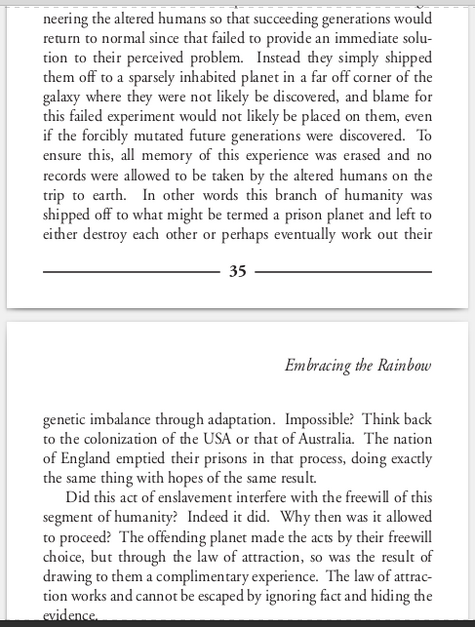 The Three Races Created by God and the Celestial Sons

31:54  The disciples were astonished by what he said and threw out the net.  And behold, they could not pull it in because of the multitude of fish.

31:55  They came ashore and prepared a meal, because, like the stranger, they were hungry.

Jmmanuel comes from the lineage of Rasiel, who was the guardian angel of the secret.  There are many secrets in Talmud of Jmmanuel written 2,000 years ago, perhaps endlessly full of secrets because Jmmanuel's spirit is speaking through.

Before it is time?

Message from the flowers:  Roots in the mud and still lookin' good.

6:36  "Behold the lilies in the marsh as they grow; they neither toil nor spin,

yet truly, I say to you: The lilies also fulfill their mission, when they

give pleasure to the eye with their beauty. 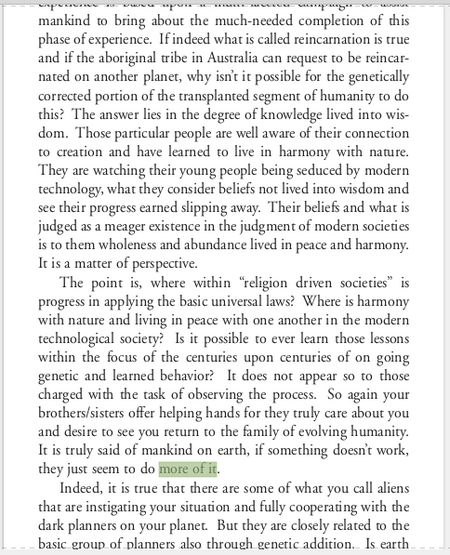 The second group(s) went east into the mountains.

I say groups because it occurred over thousands of years.

4:17  Inside the second celestial gate, there rose mighty mountains, whose

4:18  Far below lay deep masses of snow, at whose edges another human

What happened to the group(s) that went east?

"knowers of truth and true knowledge, and they recognize only the laws of Creation."

"no one's eyes may see them, and no one's ears may hear them."

inglorious past, characterized by murder and arson.

15:28  "Only few fathers in the masses of these unfaithful have an honorable

past and a traceable family tree.

15:29  "These, however, do not belong to the generation of vipers who have

pledged themselves to the false Judaic faith.

15:30  "to the false beliefs and false teachings that they took over from

Moses who in turn stole them from the Egyptians.

15:31  "These few patriarchs are knowers of truth and true knowledge, and

they recognize only the laws of Creation.

ears may hear them.